For the Cirkulacija 2 project of Cultural Interfaces in 2015 i devised a spheric type of wireless interface called IBALL (the big ones) and iballs (the little ones). It is arduino based wireless midi controller of XZY position.

Originally it was used to control the turning of the XY loudspeakers which Stefan Doepner made for Cirkulacija 2 events. At the same time it was a controller to play directly on the midi input to various software.

It can be used as a transmitter/ receiver of midi type of messages.

Below are the prototypes with arduino minis and unos… 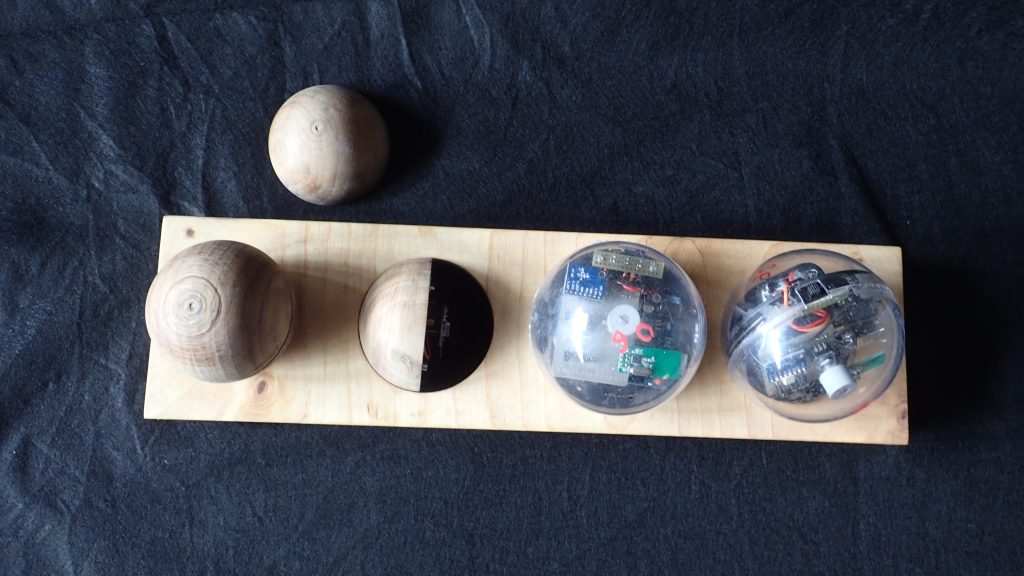